The concept focuses on an architectural language and urban symbol applicable to the 22 stations for the new Micro Metro system. The stations proposed at Piazza Repubblica and Piazza Puccini consider the use of an architecture as a sculptural symbol with the idea to create an energetic and attractive space that is clearly defined in terms of function and circu- lation. By articulating the moments of transition between open landscape space and public interior space, it is hoped that a new notion of an artificial nature is offered, one that blurs the boundaries between natural and artificial environments. 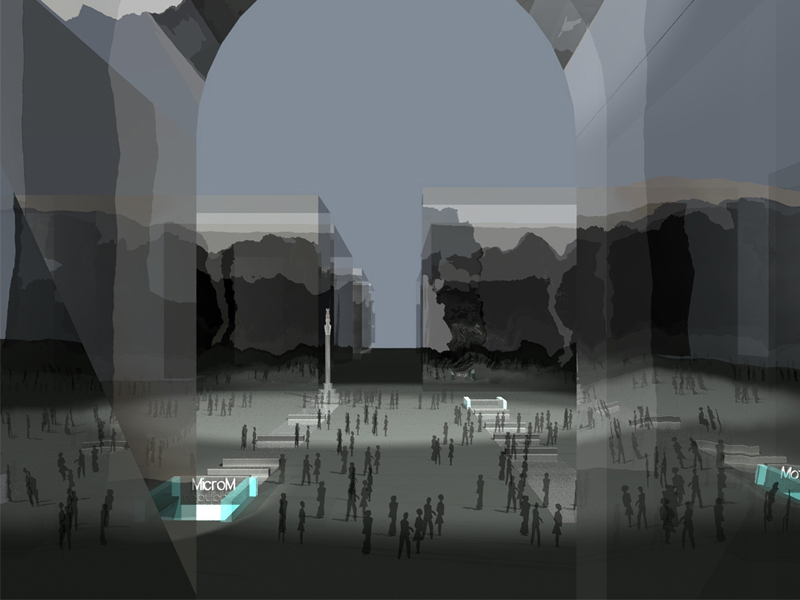 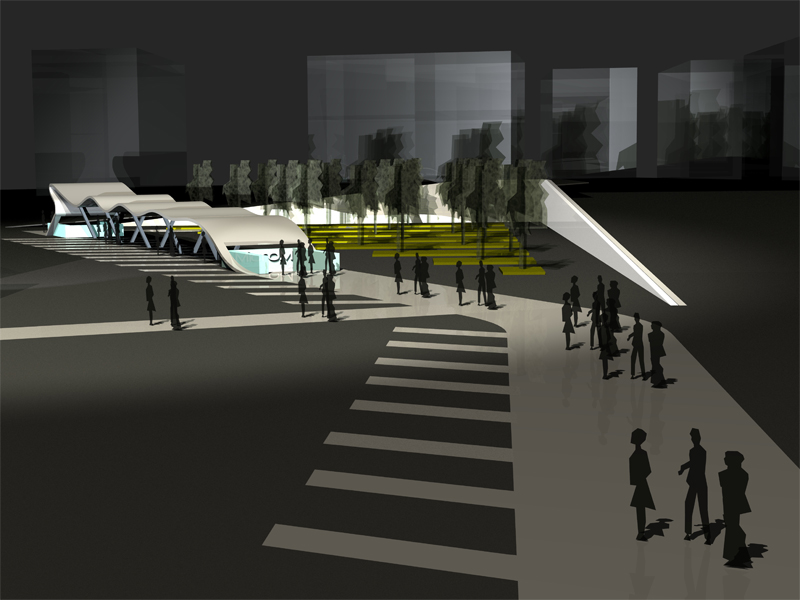